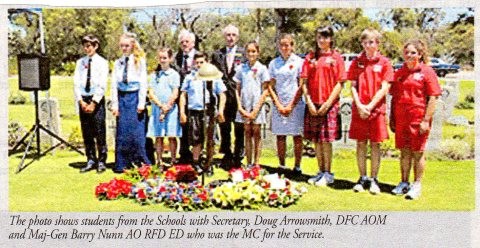 In November- the Royal Aero Club participated in a fly-over to help commemorate Nedlands Sub-Branch Remembrance Day Ceremony-
This was an article posted in the RSL newspaper “Listening Post” by veteran Nedlands RSL secretary, Doug Arrowsmith.

He was suppored by students from Dalkeith, Hollywood, Loreto and Nedlands Primary Schools reading their own poems. Hollywood Primary School also provided music. The Rev Mark Dale sounded the Last Post on a bugle which was used at Gallipoli. Tiger Moths from the Royal Aero Club of WA flew over at the appointed time of 1100hrs.

The Mayor of Nedlands, Max Hipkins invited all for light refreshments at the Hollywood-Subiaco Bowling Club after the service. The War Graves people had the venue in immaculate condition for the Service and are to be thanked.

Thank you also to the Nedlands Council for their continued support.” 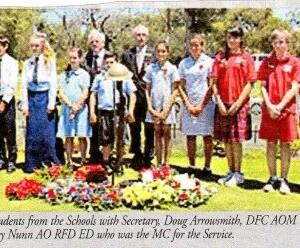