This fabulous vintage de Havilland Tiger Moth is available as a backdrop for photo shoots at Jandakot.

The de Havilland DH.82 Tiger Moth is a 1930s biplane designed by Geoffrey de Havilland and built by the de Havilland Aircraft Company. It was operated by the Royal Air Force and many other operators as a primary trainer aircraft. The Second World War saw RAF Tiger Moths operating in other capacities, including maritime surveillance and defensive anti-invasion preparations; some aircraft were even outfitted to function as armed light bombers.

The photo shoot is weather dependent.  It is advised that you call the day of the shoot to check conditions. On the day, should the shoot not be possible, you will be rescheduled for a later date. 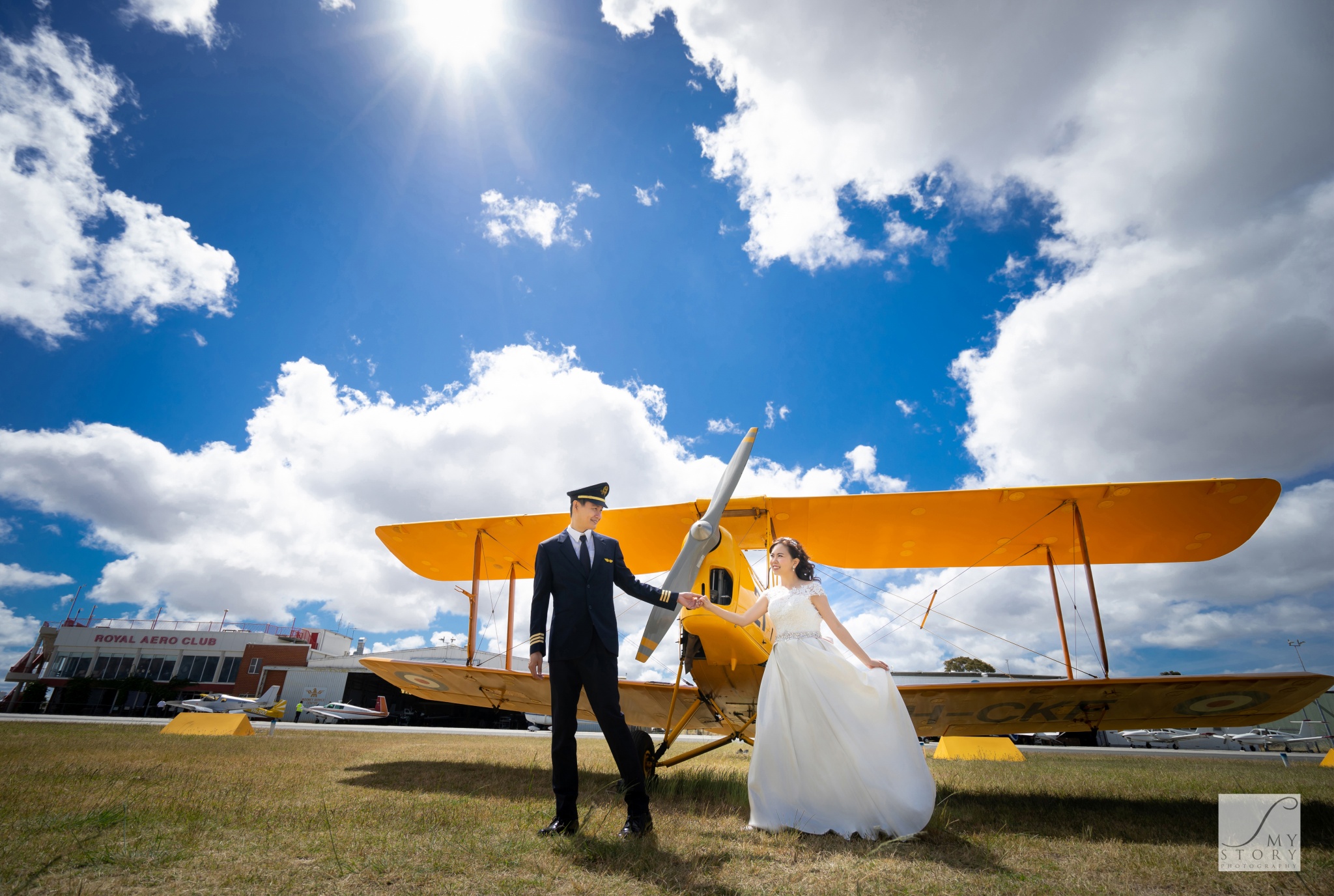