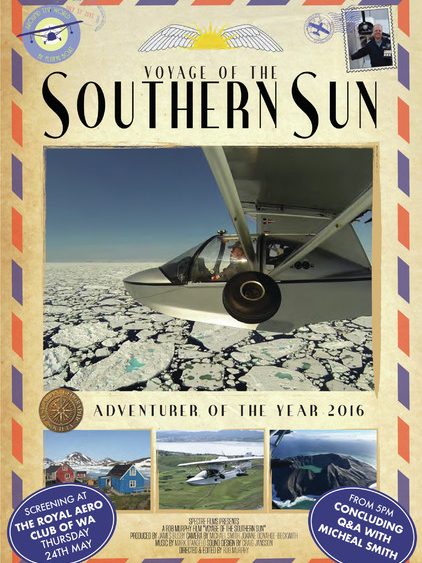 On Thursday May 24th from 5pm, the Royal Aero Club of WA is pleased to announce that Michael Smith, 2016 Adventurer of the Year, will open his film, “Voyage of the Southern Sun” with an introduction, free of charge, to Club Members.

Directed by Rob Murphy and featuring stunning footage, Michael discovers the delights and perils of true adventure in a solo circumnavigation in his tiny amphibious flying boat, the Southern Sun. At a leisurely 80 knots, Michael retraces historical Qantas, Imperial and Pan Am airmail routes, in search of the glory days of 1930’s aviation. Michael’s journey captures the geographic splendour of the world, as he learns a little of human kind and himself along the way. 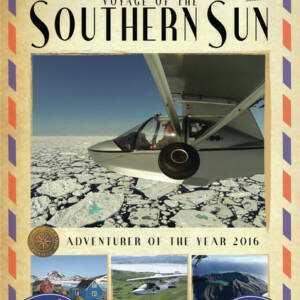 Thursday May 24th from 5pm, Michael Smith, 2016 Adventurer of the Year, will open his film, “Voyage of the Southern Sun”