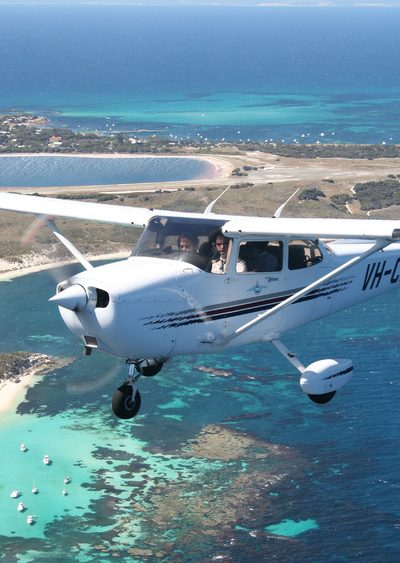 Rottnest Island is an ideal destination for pilots wanting to find an excuse for a flight. Whether it includes a Victor 65 or not, the round trip is about an hour. This is a perfect sightseeing trip for pilots, their friends and family and will generally include a light snack or meal at Rottnest Island. A few years ago, the Rottnest Island Authority (RIA) introduced an annual landing fee which the Club paid for 10 aircraft and extended free landings at Rottnest Island for Club members in these aircraft. There was a significant increase in club aircraft travelling to Rottnest Island as a result, to the benefit of the Rottnest businesses.

In July, RIA introduced a landing fee of $52.50 per landing (or $45 per landing on an annual declaration). There was an immediate cessation of club aircraft flying to Rottnest Island as a consequence.

The current charge is based upon two visitors paying park entry fees ($18 each) plus a $16.50 landing fee. From a Club perspective, most aircraft landing at Rottnest Island remain on the ground for a maximum of three hours and then return to Jandakot. During the time at Rottnest Island, the pilot and passengers patronise the various tea rooms and restaurants, and do not make use of the park facilities.

The Club has been actively involved in attempting to secure a more cost effective alternative for landing fees at Rottnest Island. Club aircraft still fly to Rottnest Island, but conduct an orbit of the island instead of landing. This has resulted in a decrease in landing fees to the RIA and reduced turnover to the local business community.

Owners of private boats (up to 8 metres) can purchase an annual admission fee for $248 (plus a mooring license according to vessel size). It is logical to expect the same option be made available to aircraft operators.

The Minister of Tourism, Paul Papilia CSC MLC and the new CEO of the RIA are embarking on a campaign to boost the number of visitors to Rottnest Island. The timing could not be better for members to voice their opinion on the new landing fee.

I urge members to email the RIA (email: enquiries@rottnestisland.com) to persuade a review of the current charges. 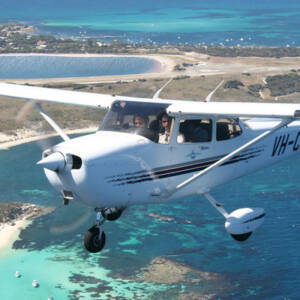