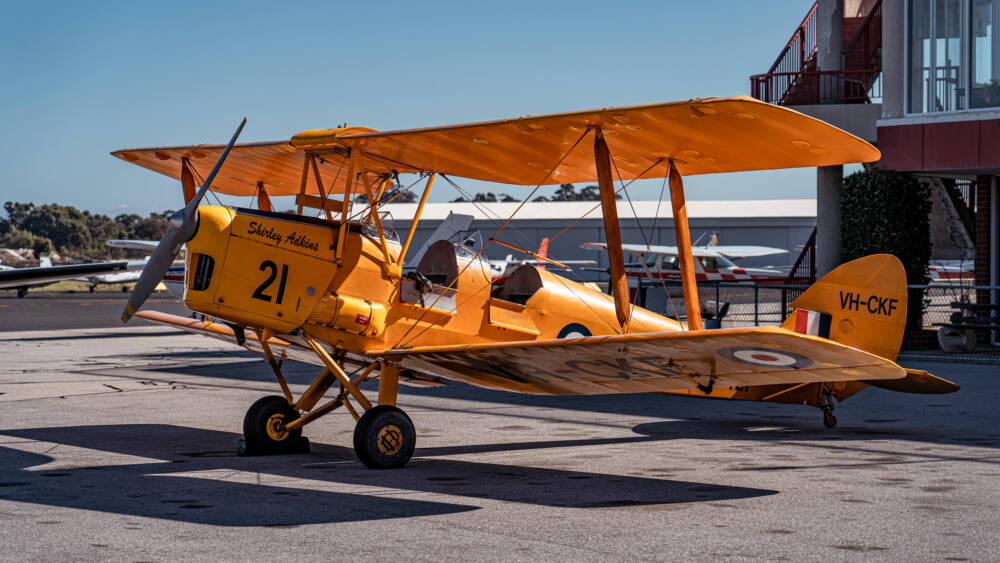 MANDURAH, WESTERN AUSTRALIA: In honour of the 90th birthday of the de Havilland Tiger Moth the Royal Aero Club of Western Australia will be hosting an Open Day at Murrayfield Airport on Saturday 23 October where a fleet of 6 Tiger Moths from around the state will be on display.

The Open Day is free and open to the public from 11am to 3pm. Events planned for the celebrations include:

Also available on the day are Trial Flights where you have to opportunity to fly a Cessna 152 with a flight instructor by your side and Joy Flights over the Mandurah and Peel region.

The de Havilland Tiger Moth is an open cockpit biplane designed by Geoffrey de Havilland and built by the de Havilland Aircraft company.  On 26 October 1931, this iconic aircraft was first flown in the UK and there followed a production of nearly 10,000 aircraft between 1931 and 1944. It was operated by the Royal Air Force, RAAF and many other operators as a training aircraft during this time. Today there are few left in existence, the Royal Aero Club of WA has two, both of which will be on display at Murrayfield Airport on the Open Day.

If you have an interest in aviation history, aircraft, thinking about learning to fly or anything to do with aviation, this is definitely the place to be. Many club members will be at the Open Day who in September retraced the flight path of Sir Norman Brearley from Geraldton to Derby to commemorate the first scheduled air service in Australia.

Trial Flights and Joy Flights can be pre booked for the day. Pricing is available at www.royalaeroclubwa.com.au/shop or contact the Royal Aero Club on 08 9417 0000. 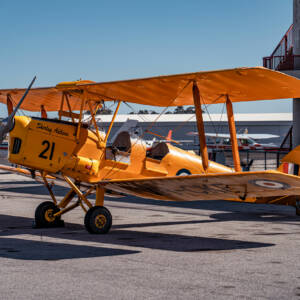