The AVRO Lancaster NX622 on display at the Bullcreek Heritage Aviation Museum was first acquired there, in 1979, after being transported by road from Perth Airport where it had stood as a “Gate Guardian” since its arrival in December 1962.

The aircraft originally manufactured in 1945 in the UK, was sold as surplus to the French Aéronautique Navale in 1952. The aircraft began an extensive career in the Maritime Reconnaissance role around the Indian and South Pacific Oceans, and was to be phased out in the early 1960’s.

After negotiations between enthusiasts in Perth, the Australian and French Air Defense Departments, it was agreed that the aircraft should be flown to Perth and kept as a static reminder of the Australian Air Crews that operated the type during the Second World War.

The Royal Aero Club of WA, in an initiative of the Flying Committee some years ago, sought permission to hold an operational brief under this aircraft as well as allowing members to look around the museum exhibits, before returning to Jandakot for a flight across the hills to various dams – all in the name of celebrating the arrival of the aircraft in Perth. A gold coin donation is sought on arrival at the Museum, for this event.

The route flown will include an Armadale departure, various dams in the immediate hills and a return northward on the eastern edge of the training area – a flying time of approx 55mins, depending on which aircraft you fly.

Please book your aircraft from 3:30pm, that’s 1530……of course! Formation endorsement is not a requirement.

Briefing: 1300 under the Lancaster, Bullcreek Museum

Flying: 1600 from Jandakot (Gives you a couple of hours to wander around the museum)

De-brief: On return to RACWA

For more information on this event 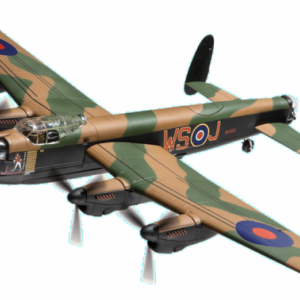