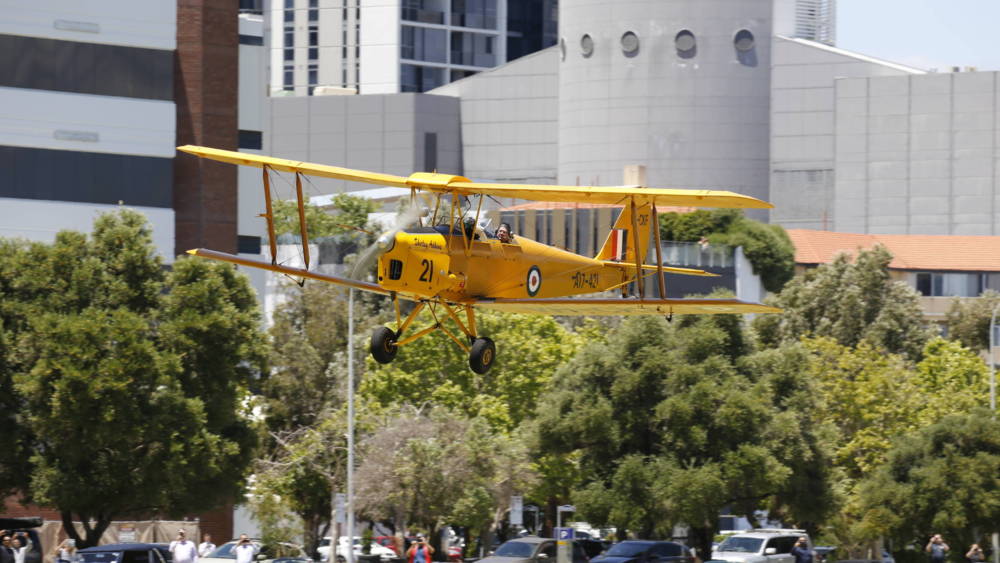 Looking back at the closing weeks of 2021, RACWA participated in a fantastic Tiger Moth fly-in event at Langley Park. This was the final event in the commemoration of the 100 year anniversary of the first Scheduled Air Service in Western Australia by Sir Norman Brearley’s Western Australian Airways.

Aircraft landings at Langley Park are now uncommon and made perhaps a bit more difficult than they used to be by the high-rise developments at Elizabeth Quay. Nevertheless, our Club Captain Mick Harcourt managed with admirable tenacity to tackle the approvals red tape and he and John Douglas bought the Tigers in to land at the same location where the first flight of Western Australia departed 100 years ago. Geoffrey Thomas (the well-known aviation reporter for The West Australian) generously gave his time to MC the event and we had some much appreciated assistance from the MG and Mustang car clubs in marshalling the landing strip and adding to the spectacle.

Unfortunately it was not possible to publicise the landing of the Tiger Moths before the event. It would have attracted a lot of public interest beyond the lucky passers-by that were enthusiastic spectators.

Stephen Rogers, with his usual technical excellence and efficiency, made a video of the effort that he posted on to the Old Fliers Group YouTube channel within 24 hours of the event – worth a look if you haven’t seen this video already.

The Langley Park event bought to a conclusion the commemorative events for the 100 year anniversary that also included the Club flight to Derby in September. We at RACWA are proud to have been associated with these events and are grateful for the opportunity to work with Sally and Simon Bennison (grandchildren of Sir Norman), and also Geoffrey Court (ex Ansett executive) who, from his home in Melbourne, made an enormous contribution to the commemorative events but was prevented from attending by COVID restrictions. 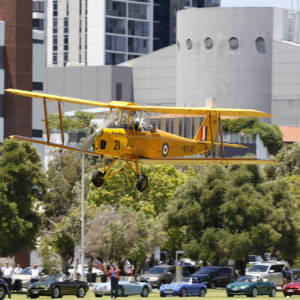