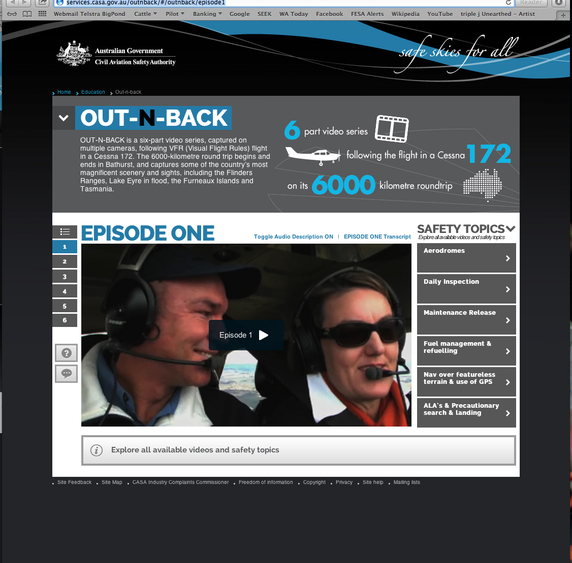 The six part series captures a Visual Flight Rules (VFR) flight in a Cessna 172. The 6,000 kilometre round trip begins in Bathurst and captures some of the country’s most spectacular scenery and sights.

The series also integrates a number of safety topics, including: 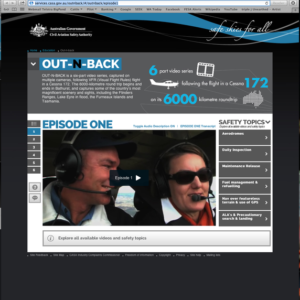